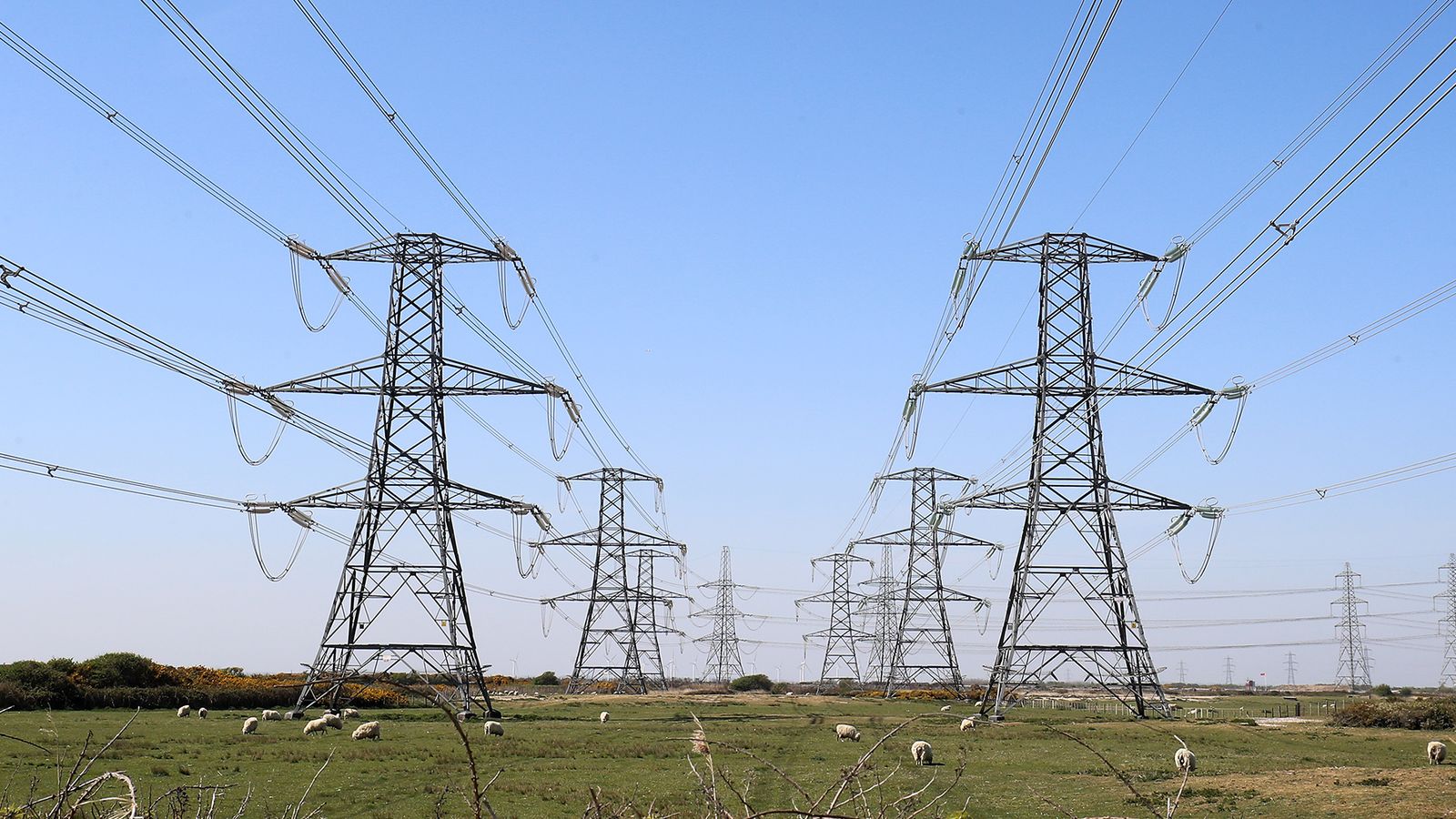 The UK could face “very high prices” with experts warning household bills could rise to £3,850 this winter due to electricity supply shortages – but the lights will stay on, the National Grid has said.

Households are already paying £1,971 per year for energy bills after the price cap was increased in April

BFY Group, a utilities consultancy, said households could see energy bills of £500 for the month of January alone.

The power network’s electricity system operator (ESO) said it expects supply to be tight at times this winter, most likely in the first half of December.

When this happens, the UK is set to pay higher prices to ensure it gets the electricity needed from abroad, the ESO said in a report.

Jess Ralston, senior analyst at the Energy and Climate Intelligence Unit, said: “We may well get through the winter without major incident but the gas bill at the end will likely be extortionate.

“With calls for the £15bn winter energy package to be expanded, the government will be kicking itself for not having invested more in energy efficiency over the years.

“The high cost of gas will be adding £2,000 to bills from October, but this could rise with Putin already turning down the flow to Germany.”

The analysis reflects Russia’s decision to cut the flow of its gas to Europe to just 20% of the Nord Stream 1 pipeline’s capacity, which has pushed up wholesale prices.

There are fears this will get even worse if supplies are completely switched off.

The UK imports less than 5% of its gas from Russia – and has pledged to phase out imports by the end of the year – but is impacted by fluctuations in the global markets.

It imports electricity via cables connected to other countries, especially France, Belgium and the Netherlands.

“There are risks and uncertainties this winter as a direct result of possible shortfalls in Europe’s gas supply,” the ESO said.

“As noted elsewhere, while Britain is not reliant on Russian gas to the extent that the rest of Europe is, it is clear that the cessation of flows of gas into Europe could have knock on impacts, including very high prices.”

France’s nuclear reactors, many of which have been shut down, may also be unavailable this winter, it said – alluding to ongoing maintenance issues.

The ESO said it has worked with the government to delay the closure of five coal power stations in case they are needed to produce energy this winter.

The company is also “exploring options” to incentivise energy users to reduce their use during peak times.

“We expect there to be sufficient available capacity to meet demand,” it said.

The Department for Business, Energy and Industrial Strategy said the report shows the UK’s “secure and diverse energy supplies will ensure households, businesses and industry can be confident they can get the electricity and gas they need”.

“Britain is in a fortunate position, having access to our own North Sea gas reserves, imports from reliable partners like Norway, the second largest LNG (liquid natural gas) port infrastructure in Europe, and a gas supply underpinned by robust legal contracts,” it said.

“Thanks to a massive £90bn investment in clean energy in the last decade, we have one of the most reliable and diverse energy systems in the world, and unlike Europe we are not dependent on Russian energy imports.”

Tips to save energy from the Energy Saving Trust

NASA’s Mars InSight Lander Data Reveals Surprising Results About Possibility of Life on the Red Planet
Many of these children could be treated – but doctors are struggling to keep them alive
MP who assaulted his wife should resign, Plaid Cymru leader says
Jill Biden tests positive for COVID
Pioneer CEO says the oil company will keep returning most of its cash flow to investors