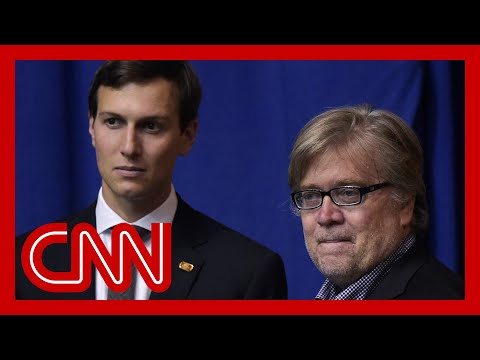 Videos
Jared Kushner details his clashes with Steve Bannon in his new book, describing a “toxic” West Wing presence who accused him of “undermining the President’s agenda” and threatened to break him “in half” if Kushner turned on him. The detailed account in the memoir — set to be published next month — provides fresh insight into the pernicious environment inside former President Donald Trump’s West Wing. #CNN #News

Why creating a horror movie haven on Netflix may be a smart move for the streaming giant
Deadlock with Russia over Nord Stream gas turbine is not our fault, Siemens Energy CEO says
Awesomely Weird Alibaba Electric Vehicle of the Week: An ambiguous backwards car
Serena falls to Bencic, bids ‘goodbye’ to Toronto
What you need to know ahead of the restaged 2022 World Junior Championships