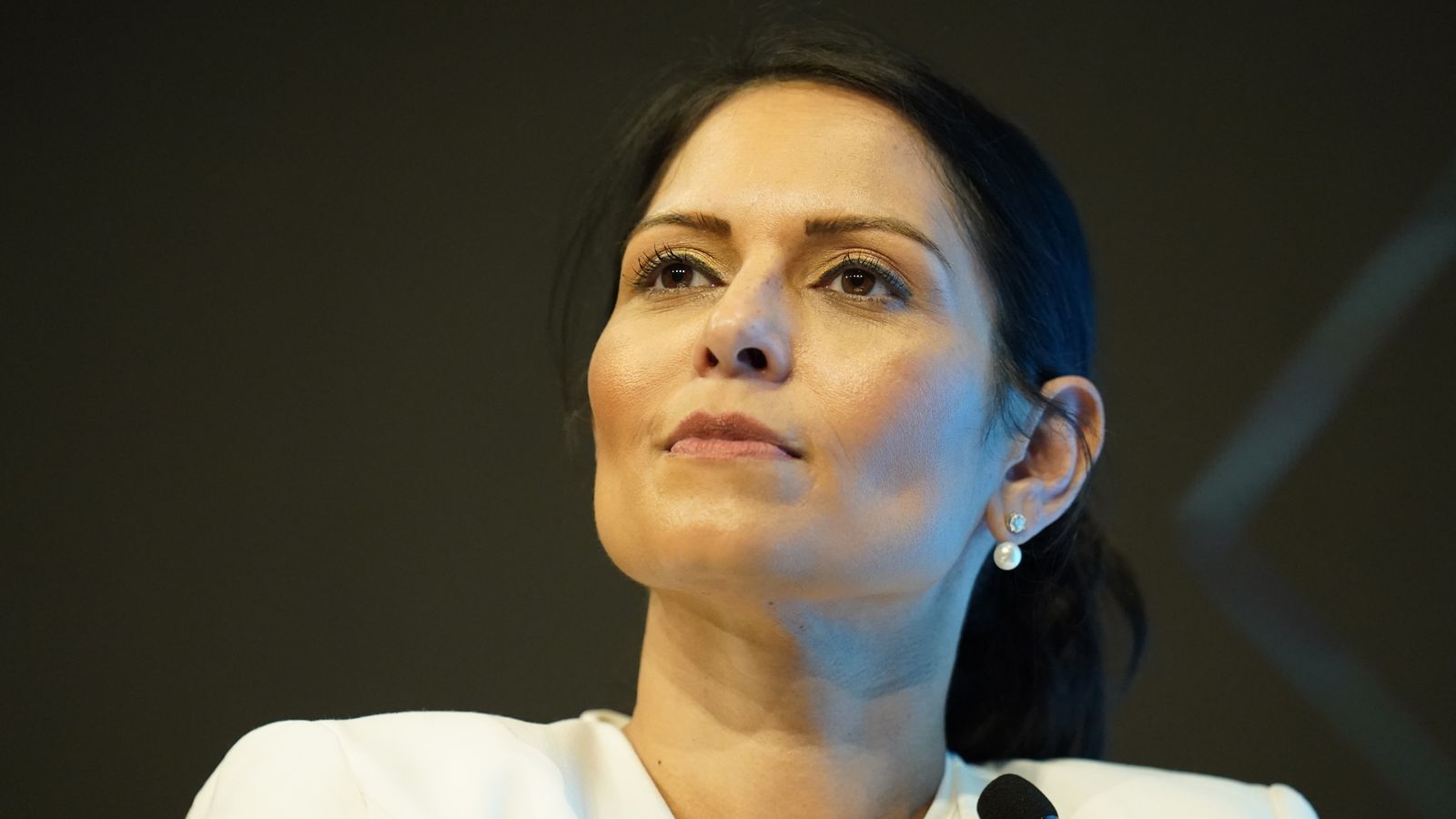 Priti Patel is to resign as home secretary when Liz Truss takes office as prime minister.

Writing a letter to Boris Johnson on Monday afternoon, Ms Patel said “it has been the honour of my life to serve our country as home secretary for the last three years”, adding that she will now “champion many of the policies and causes I have stood up for” from the backbenches.

She went on to praise Mr Johnson for getting Brexit done and said together they had been “relentless” in trying to dismantle people smugglers.

Defending the controversial Rwanda policy, Ms Patel continued: “It is vital your successor backs all aspects of these policies on illegal immigration to ensure the full implementation and delivery of the new plan.”

Congratulating Ms Truss after it was announced that she had defeated rival Rishi Sunak to become the next leader of the Conservative Party earlier today, Ms Patel said she will “give her my support as our new prime minister”.

“It is my choice to continue my public service to the country and the Witham constituency from the back benches once Liz formally assumes office and a new home secretary is appointed,” she added.

Ms Truss is due to announce her cabinet on Tuesday after being formally appointed the country’s next minister by the Queen.

It has been widely reported that Ms Patel, who has been home secretary since 2019, was not expected to be by Ms Truss to remain in her position.

Ms Patel had not endorsed any candidate during the Tory leadership campaign.

The rumour is that Ms Truss wants to put Attorney General Suella Braverman – a fellow Conservative leadership candidate – into the department, after polls suggested she was popular among members during the early rounds of the contest.

Earlier on Monday afternoon, Ms Patel was less than impressed by Labour MPs who groaned as she delivered a eulogy to Mr Johnson during home office departmental questions in the Commons, telling them to “shut up”. 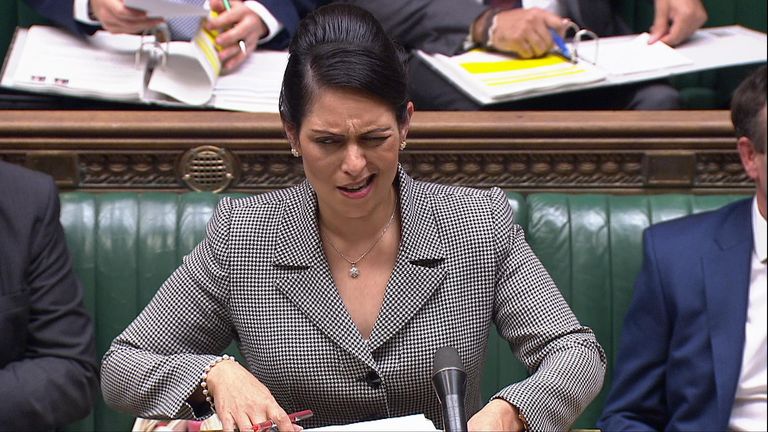 The MP for Witham has previously been described by Mr Johnson as a “hardline” home secretary.

In April, she signed what she described as a “world-first agreement” with Rwanda in a bid to deter migrants from crossing the Channel.

But the first deportation flight – due to take off on June 14 – was grounded amid a series of legal challenges.

The outgoing PM famously vowed to “stick with Prit” when she was faced with bullying allegations and his then adviser on ministerial standards, Sir Alex Allan, quit his post when Mr Johnson overruled his conclusion that she had breached the ministerial code.

Ms Patel was forced to resign as international development secretary by then-prime minister Theresa May in 2017 over unauthorised contacts with Israeli officials.

Meanwhile, Nigel Adams has also written a letter to Mr Johnson resigning from his role as a minister of state without portfolio at the Cabinet Office.

“Following today’s announcement of a new Conservative Party leader, I am writing to resign my role as a minister as I think that it is important that a new prime minister is able to appoint a team based on who they want rather than who they inherit,” his letter states.

“Like you, I congratulate Liz Truss on her clear victory.”

Praising Mr Johnson for “standing up to Putin’s aggression in Ukraine”, Mr Adams continued: “I am sure that as your successor, Liz Truss will share your drive and passion to level up our great nation.

“By doing so, we will become not only one of the most prosperous nations in Europe, but one of the finest.”

Mr Adams added that those who sought Mr Johnson’s demise “do not understand the values and aspirations of those voters who put their trust in the Conservative Party for the first time in 2019”. 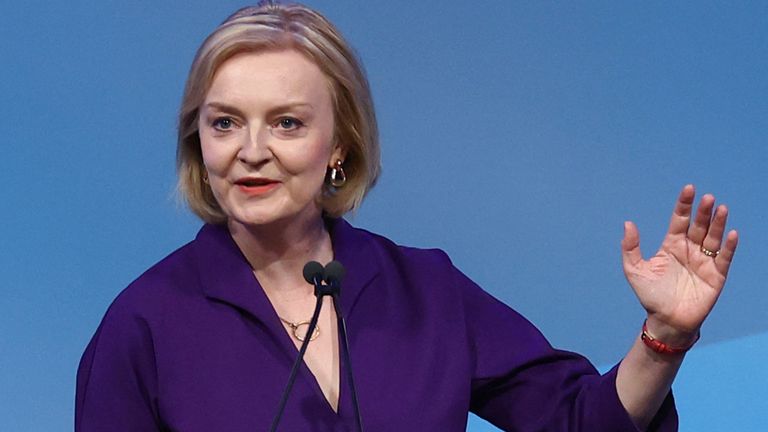 The political journey of Liz Truss


There is precedent in ministers resigning at the change of a prime minister.

Ms Truss will officially become prime minister tomorrow, when she will travel to Balmoral to meet the Queen, who will invite her to form a government.

Read more:
Who is Liz Truss? The prime minister who sees herself as disruptor-in-chief
Who will be in Truss’s top team? Predictions for her cabinet
How will Truss do to ease cost of living crisis?

She will then return to Downing Street, where she is expected to make her first speech as prime minister and begin appointing her cabinet.

“She is a talented politician who has got to the top through hard work and determination. She is nobody’s fool and she will do whatever it takes to keep them in power, he said.

“She will dominate the news for the weeks to come. The polls might tighten and her plans might create some buzz.”

“But let’s also be clear: They are totally the wrong plans for the country.”