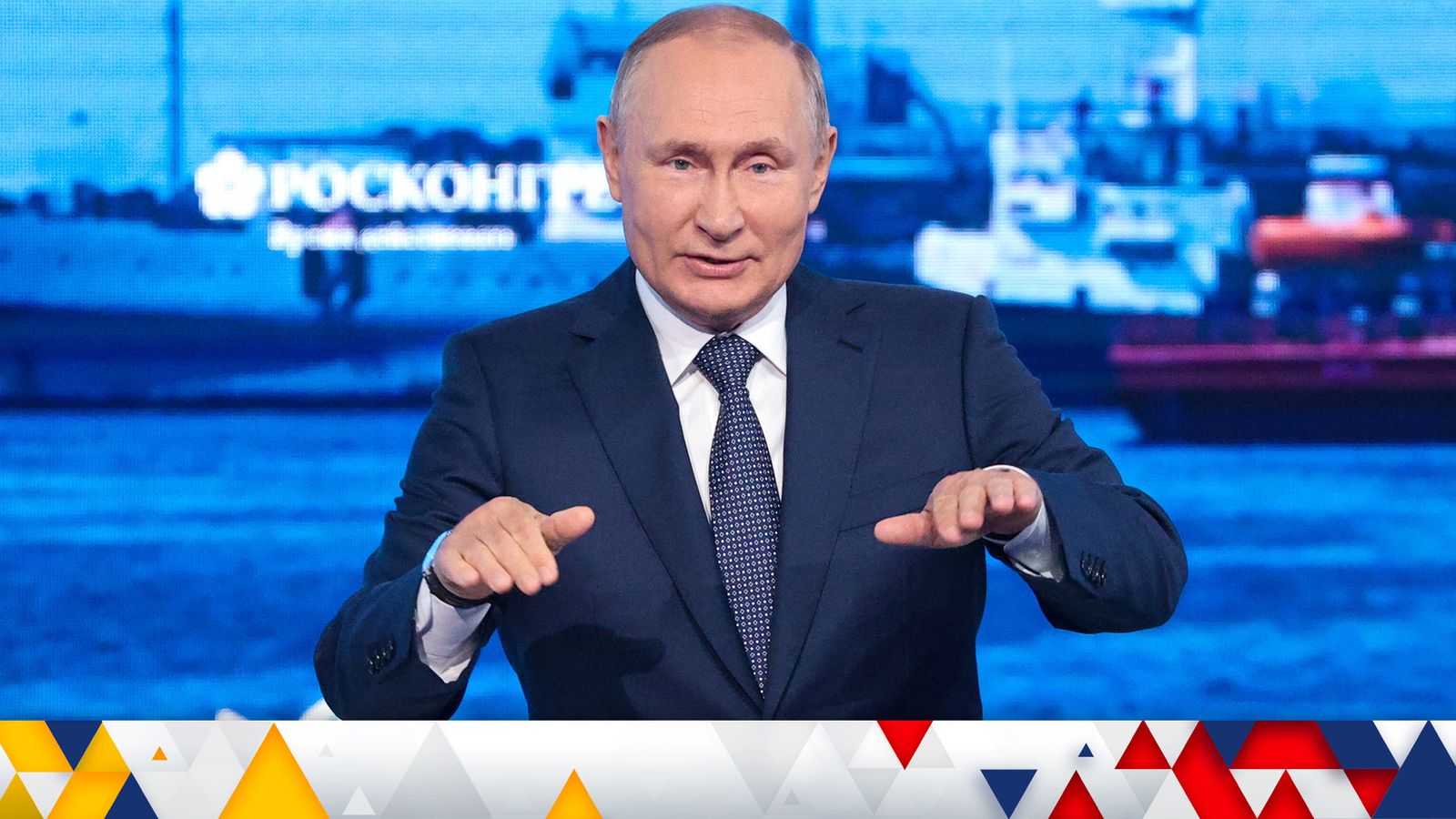 Vladimir Putin has said that Russia has not lost anything as a result of its war in Ukraine.

The Russian president added that all of the Kremlin’s actions – which it terms a special military operation – were designed to strengthen his country’s sovereignty and were aimed at “helping people” living in the Donbas region of eastern Ukraine.

It comes after military analysts said Russia failed in its initial objective of taking Kyiv in a ‘lighting strike’ move and that the country has lost thousands of troops and items of military hardware.

Mr Putin claimed Russia didn’t “start” any military operations, but was just trying to end those that started in 2014, after a Ukrainian “coup” resulted in an “illegitimate regime”.

And he attacked the UK, saying the way Britain chooses its leaders was “far from democratic”, a day after Liz Truss – who was chosen by party members to lead the Conservatives – replaced Boris Johnson as prime minister.

The Russian president said: “We have not lost anything and will not lose anything.

“Of course, a certain polarisation is taking place, both in the world and within the country, but I believe that this will only be beneficial, because everything that is unnecessary, harmful and… prevents us from moving forward will be rejected.”

Mr Putin was speaking at an economic forum in Vladivostok where he said it would be “impossible” to isolate Russia, despite Western sanctions that meant his country was now the most sanctioned country in the world.

He said Moscow would defy the West’s attempts to push Russia off the global stage and would look to markets in the Middle East and Iran instead.

He accused the West of “financial and technological aggression” and admitted that, while Russia’s economy was coping with the sanctions, there were some difficulties in some industries and regions.

Mr Putin said Russia would have no problems selling its vast energy resources around the world, which came as a officials said the Russian leader would meet Chinese President Xi Jinping next week at summit in Uzbekistan.

Hitting back after Russia was largely shunned by Western businesses in the wake of the Ukraine invasion, Mr Putin added: “In the spring, many foreign corporations rushed to leave Russia, believing that our country would suffer more from this than others. But now we are seeing how production and jobs in Europe are closing one after another.

“The competitiveness of European enterprises is declining because EU authorities themselves are depriving them of
available raw materials, energy resources and sales markets.

“In an attempt to resist the course of history, West countries are undermining the key pillars of the world economic
system, built over centuries.”

Many analysts have said that surging inflation in countries across the world, including in the UK, is being fuelled by the Ukraine war, with Europe’s withdrawal from Russia’s gas supply network sending energy prices spiralling.

In her first speech as prime minister, Liz Truss referred to the consequences of the war and said the UK can “ride out the storm”.

Mr Putin also claimed Russia and the developing world had been “cheated” by a landmark grain deal designed to alleviate a looming food crisis and said he would look to revise its terms, as “almost all the grain exported from Ukraine is sent not to the poorest developing countries, but to European Union countries.”