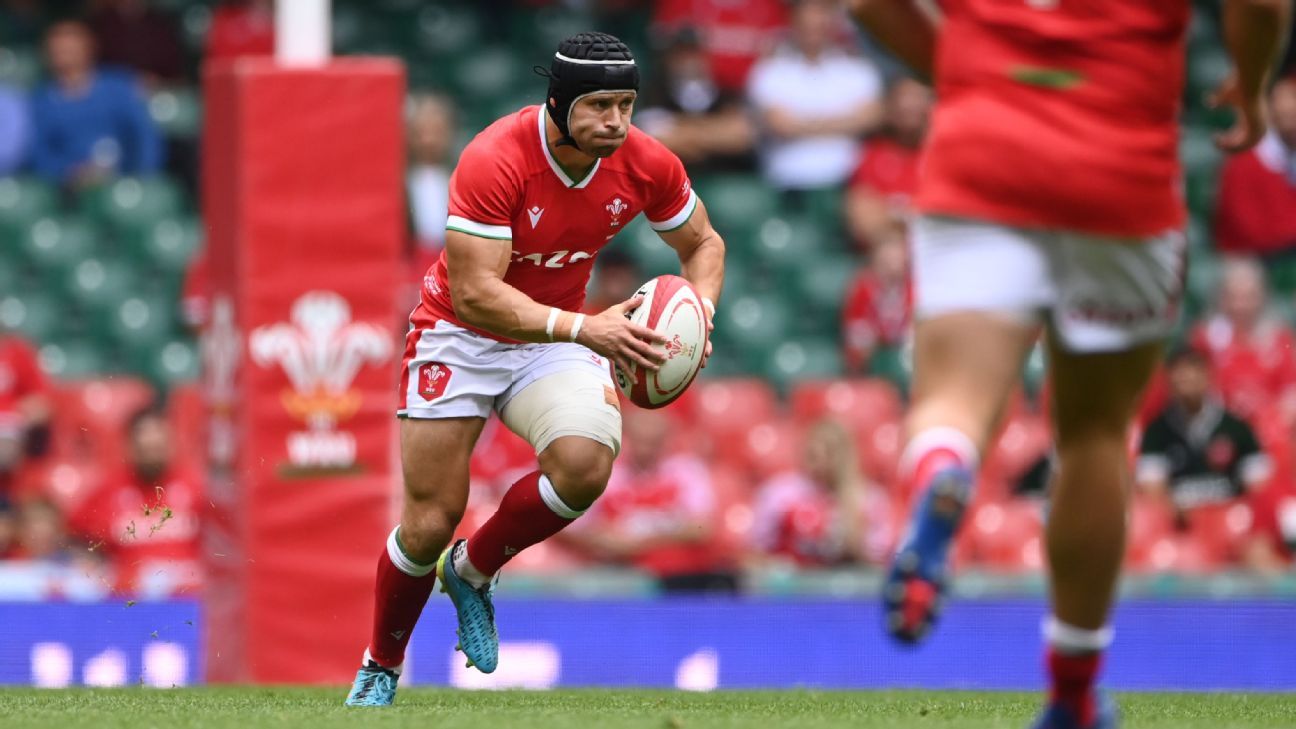 Leigh Halfpenny, Ken Owens and Justin Tipuric are in line to make their comebacks for Wales in the November internationals more than a year after they last appeared for their country.

Flyhalf Dan Biggar and back Liam Williams will miss out because of injury as coach Wayne Pivac on Tuesday named a 35-man selection, made up of 20 forwards and 15 backs.

There are five uncapped players with a promotion from the under-20 side for Joe Hawkins, a return for uncapped Josh Macleod and first call-ups for Dane Blacker, Sam Costelow and Rio Dyer.

“It’s great to have Ken, Justin and Leigh back after long-term injuries,” Pivac said in a statement released by the Wales Rugby Union.

“They are three great players who have served Wales very well. They are all British & Irish Lions, so quality players. We’re excited to have them in the squad for obvious reasons. We have a number of young players in this squad so it will be great for them to rub shoulders with these experienced ones.”

Pivac said the new inclusions was an eye not only on next year’s World Cup but the tournament after that.

“There’s a lot of young players we’ve been keeping an eye on for a number of years through the age group system and now playing club rugby,” he said.

“There’s a view of the here and now in this squad but also beyond Rugby World Cup 2023 to the tournament in 2027, so there’s some young guys getting the opportunity to taste the camp environment. They may or may not get game time, but it will be a great experience for them.”

Also returning are Jac Morgan and Rhys Priestland, who were last called up for the Six Nations at the start of the year, loosehead props Rhodri Jones and Nicky Smith for the first time since the 2021 mid-year matches campaign and Christ Tshiunza, who made his senior international debut last November.