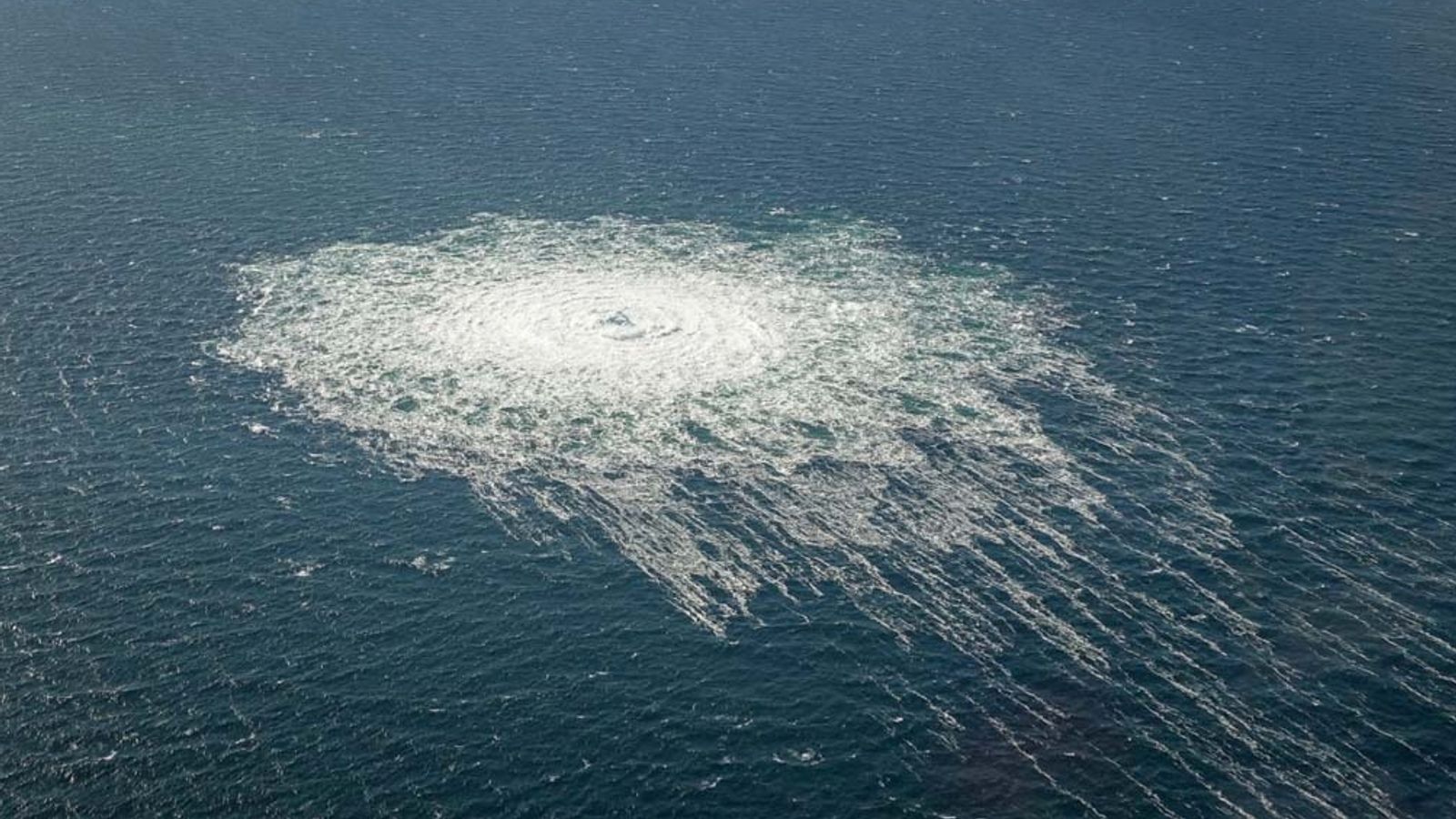 A preliminary investigation of damage on the two Nord Stream gas pipelines in the Danish part of the Baltic Sea shows the leaks were caused by “powerful explosions”, Copenhagen Police has said.

The force added officers investigated the “crime scenes” with assistance from Denmark’s armed forces and in collaboration with the Danish security and intelligence agency.

The agency and police have decided to set up a joint investigation group which will handle further investigation of the incidents.

Copenhagen Police is investigating two separate ruptures to the pipelines which were caused on 26 September.

The force added on Tuesday that the “extensive damage” identified on the pipes on the Danish side of the Baltic Sea maritime border appear to have been caused by “powerful explosions”.

The findings are similar to those of Swedish prosecutors, who said two other holes in the pipelines also seem to have been caused by deliberate subsea blasts and the case was investigated as an act of gross sabotage.

Earlier this month the Swedish domestic security agency said its preliminary investigation of the two leaks closest to its coast “has strengthened the suspicions of serious sabotage”.

A prosecutor added evidence at the site had been seized.

The four leaks in the pipelines, which link Russia and Germany via the Baltic Sea, have become a flashpoint in the Ukraine crisis.

The leaks occurred in international waters but within the exclusive economic zone of Denmark and Sweden.

The damaged Nord Stream pipelines discharged huge amounts of methane, a potent greenhouse gas, into the air for several days.

The Kremlin said on Tuesday that the international investigations into the blasts were set up with the advance intention of blaming Russia.

He said the investigation was being conducted “secretively” and without Moscow’s involvement.

Sweden’s security services said this month they had seized material from the site of the explosions after concluding their investigation.

Danish police could not say when their investigation is expected to be concluded.

“It is still too early to say anything about the framework under which the international cooperation with e.g. Sweden and Germany will run, as it depends on several factors,” Copenhagen Police said.

Meanwhile, Swedish newspaper Expressen has reported that a section measuring at least 50m (164ft) is missing from the ruptured Nord Stream 1 gas pipeline in the Baltic Sea, after filming what it said were the first publicly released images of the damage.

The images, captured at a depth of roughly 80 metres (262 feet) show bent metal and a wide-open pipeline in murky waters at the bottom of the Baltic Sea.

Parts of the pipeline appeared to have straight, sharp edges while others were deformed, the footage shows.

The video was filmed on Monday, Expressen said.

World leaders have called the ruptures an act of sabotage while Moscow has sought to pin the blame on the West, suggesting the United States stood to gain.

Washington has denied any involvement.

Flexible working can be requested from first day of new job, under govt plans
Big win for Joe Biden as Democrats land outright majority in the US Senate
Millions flock to mark death of TikTok ‘bones, no bones’ star – Noodle the dog
This guy built a six-seater electric bike for $150, and it absolutely rips
Today’s Netflix release will be very hard for Harry and Meghan’s old team to watch – and this is why