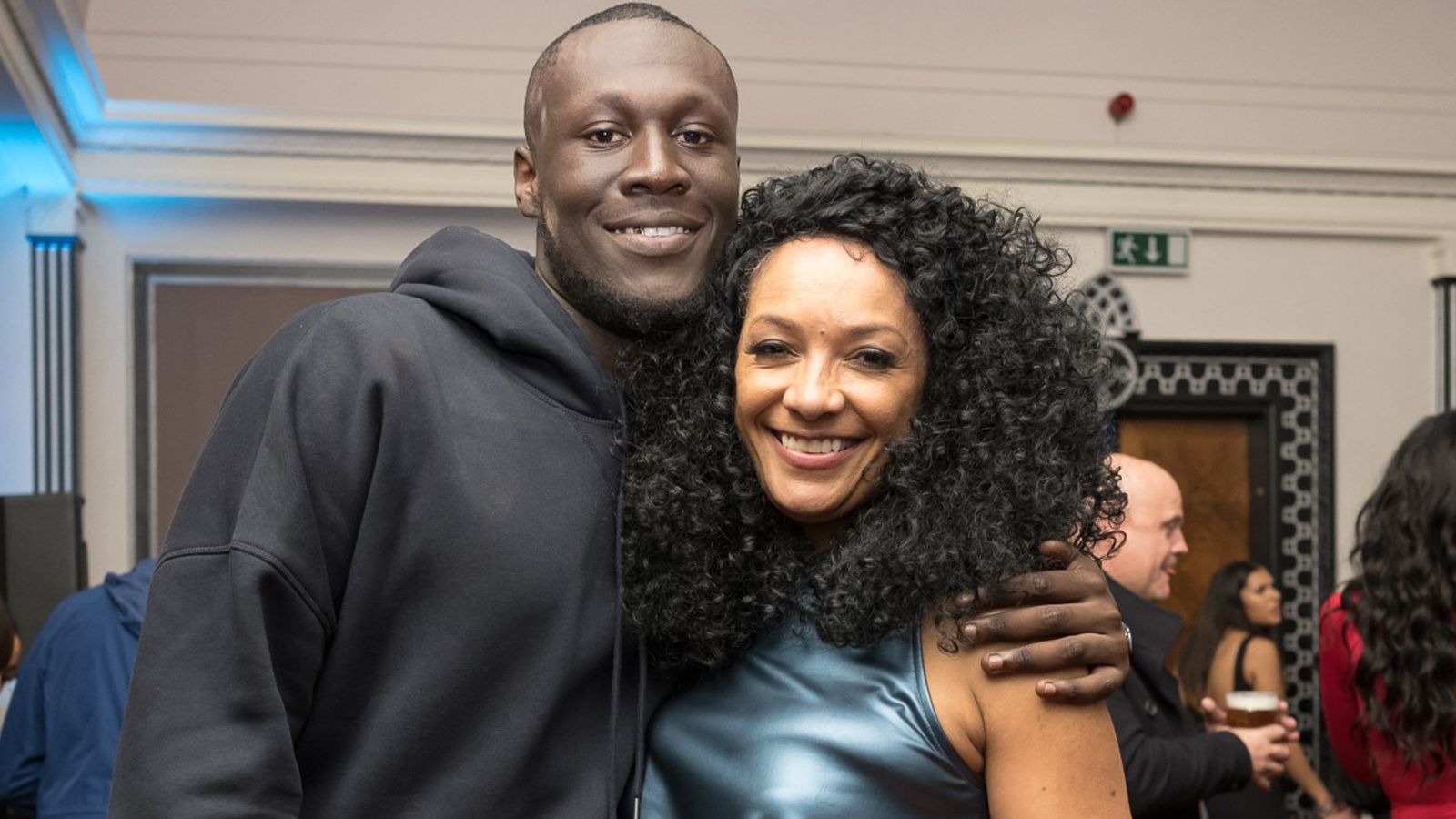 As the MOBO Awards celebrate the milestone of turning 25, founder and chief executive Kanya King has told Sky News her focus is on “doubling down” to ensure the music industry is providing opportunities on and off stage for people of all ethnicities and classes.

“You are now starting to see directors and chair people, just formidable people of colour who are trailblazing and changing things,” she says. “Of course there’s still much more that needs to be done but for us now it’s about doubling down. It’s about not only providing the opportunities front of stage but also behind the scenes.”

The MOBOs celebrate and elevate black music in the UK, playing a pivotal role in supporting the growth of black British music internationally and championing homegrown talent – frequently championing artists who have later gone on to sell millions, including some of the biggest names in rap, hip-hop, RnB, soul, grime, drill, gospel, jazz, reggae, garage, drum and bass and beyond.

Grime superstar Stormzy is among those who credit the MOBOs as being hugely influential in his career, having told King that seeing hip-hop duo Krept & Konan perform at the ceremony was the reason he quit his job to follow his dreams.

“I think his sister used to go to school with one of them and they were unsigned at the time but we’d given them a platform, and he was incredibly inspired and felt like he too could do it,” she says.

Back in 1996, at the very first ceremony, Goldie’s groundbreaking drum & bass debut Timeless won the award for best album and, less than two months after Tupac Shakur‘s fatal shooting, the rapper was posthumously awarded the prize for best video for his track, California Love.

Mixing alongside the music stars and celebrities that night was then leader of the opposition Tony Blair, an unexpected guest to the sit-down dinner. He had been invited by King, but she admits they hadn’t counted on him being able to find time to join them.

The turn-out, according to the MOBO chief executive, was incredible, but few knew that night how King – back then a young TV researcher and single mum – had, against the wishes of her mum, remortgaged her house to fund the ceremony at London’s Connaught Rooms.

“I was just told, look, there’s not a need for it and black music doesn’t sell,” she says. “You know, no one will get behind it. It’s too risky, you know, you’re wasting your time.”

Motivated out of frustration that the black artists she loved were being overlooked, King was determined.

“People said we shouldn’t use the word ‘black’ but for me it was something to be proud of and be celebrated. I wanted to see more voices, more representation out there because there were no stories being told.”

Jazzie B, the founder of the music collective Soul II Soul, remembers the night well. His band had just returned to the UK after winning a string of awards in the US. The music producer – who picked up MOBO’s award for outstanding contribution to black music – remembers being puzzled by how little recognition they were receiving in the UK at the time.

“Not receiving anything from home, it did seem rather odd,” he tells Sky News. “But we were often misunderstood… a lot of the British press didn’t realise we were from the UK.”

Speaking about King, he adds: “This wonderful lady turns up out of the blue… and it was delightful to receive that award on home turf.”

Since that first event, the MOBO Awards has championed hundreds of musicians and singers. Following a break in 2018 and 2019, the ceremony returned in 2020, honouring artists including Headie One and Mahalia. In 2021, Dave and recently announced Mercury Prize winner Little Simz were among the acts who took prizes home.

According to Jazzie B, the major role that King has played in bringing black music and culture into the mainstream cannot be overstated.

“This was a woman of colour honouring people of colour and that made a big difference in terms of, you know, raising us all up,” he says.

“The fact that this was a woman who had the power, the strength – I think [she] very much has led the way for a lot of our sisters, mothers and grandmothers. Just to show, look, perseverance works.

“What was interesting at the time was there was no black people behind the scenes unless they were receptionists or security. From that point of view, it was difficult. What Kanya did was she raised our community… we honoured our own but I think Kanya more felt this was something that needed to be a little more exposed, a bit more mainstream. That was at the beginning of a lot of change.”

The MOBO Awards comes full circle, returning to London for its 25th anniversary celebration next month, taking place at the OVO Arena Wembley on 30 November. It will be live-streamed on MOBO’s YouTube channel with a highlights special due to air on BBC One

Supercar-maker McLaren in talks with investors about £250m fundraising
How Jacob deGrom decided to ditch New York and become a Texas Ranger
Fresh rail strikes planned over Christmas as union turns down pay offer
Jake Tapper: Trump focused on rewarding loyalists
U.S. pledges to ramp up supplies of natural gas to Britain as Biden and Sunak seek to cut off Russia