The rate of inflation rose to 10.1% in September, according to official figures, as the economy reels from the effects of rising prices and the fallout from the mini-budget.

The Office for National Statistics (ONS) said the consumer prices index (CPI) measure rose from an annual rate of 9.9% in August to match the recent 40-year high seen in July.

It said the pace of food price rises was at its highest since April 1980 – running at an annual rate of 14.5% – with bread and cereals, meat products, milk, cheese and eggs leading the increases, the ONS reported.

It is mostly a result of the effects caused by Russia’s war in Ukraine, and the Western sanctions imposed in response, that have seen energy and other commodity costs surge and be passed on down the supply chain to shoppers.

Households and businesses are also facing greater uncertainty ahead after the mini-budget tax and spending giveaway of 23 September was largely overturned following a violent rejection by financial markets.

There are now just 12 days left for new Chancellor Jeremy Hunt to find ways to gain economic confidence – and a plug for Britain’s funding gap – before the 31 October “medium-term fiscal plan” and analysis of the situation from the Office for Budget Responsibility (OBR).

The lack of clarity on the government’s spending plans has left millions of pensioners and benefit claimants in limbo.

That is because September’s inflation figure has implications for how their payments are uprated.

If the government decides to raise benefits by inflation, the hike will come into effect from next April.

The poorest and pensioners in jeopardy

That impacts every household in the country.

Millions who have been finding economies for months to offset the demand of energy bills will have no corners left to cut as inflationary pressures are passed on by retailers, chiefly supermarkets.

Figures from the Office for National Statistics show that food costs have risen faster than at any point in the last 42 years, rising 14.6% year-on-year in large part because of pressure on cereal supplies. Semi-skimmed milk has gone up in price 40% in the last year, reflecting the feed costs for dairy herds, while pasta has gone up by a third.

The inflation they’re driving matters to Jeremy Hunt because it further complicates the choice he faces over how generously to fund welfare increases.

The triple-lock means pensions will rise by either average earnings, CPI inflation based on September’s rate, or 2.5% – whichever is highest.

With average earnings most recently hitting 5.4%, the triple lock should ensure pensions rising by the inflation rate in April next year.

Downing Street had indicated that ministers could ditch their commitment to the triple lock as Mr Hunt finds ways to claw back funds.

However, under-fire PM Liz Truss used Prime Minister’s Questions in the Commons to declare that would not be the case.

She told MPs that they remained “completely committed” to the triple lock.

The Financial Times reported on Wednesday morning that the Chancellor could make a move on bank profits, in addition to potentially taking a greater share of energy company earnings, to help balance the books. 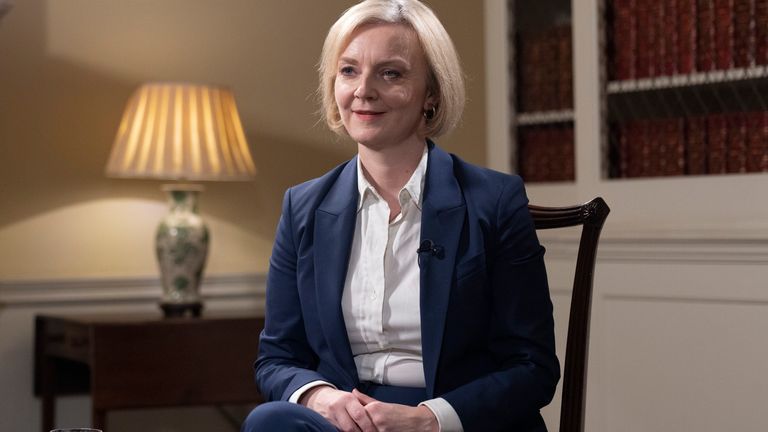 It threatens to add to inflation next spring, should the majority of bill-payers have to stump up for energy costs in line with energy price cap predictions of around £4,000 annually.

The chancellor said in reaction to the inflation data: “I understand that families across the country are struggling with rising prices and higher energy bills.

“This government will prioritise help for the most vulnerable while delivering wider economic stability and driving long-term growth that will help everyone.

“We have acted decisively to protect households and businesses from significant rises in their energy bills this winter, with the government’s energy price guarantee holding down peak inflation.” 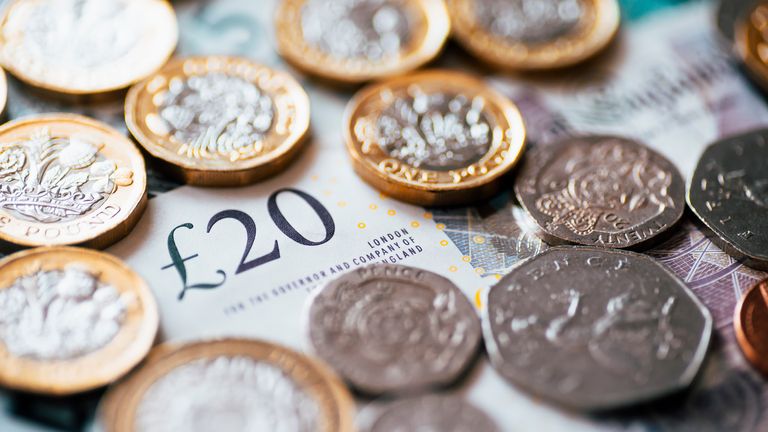 Commenting on the current price picture, ONS director of economic statistics, Darren Morgan, said: “The rise was driven by further increases across food, which saw its largest annual rise in over 40 years, while hotel prices also increased after falling this time last year.

“These rises were partially offset by continuing falls in the costs of petrol, with airline prices falling by more than usual for this time of year, and second-hand car prices also rising less steeply than the large increases seen last year.

“While still at a historically high rate, the costs facing businesses are beginning to rise more slowly, with crude oil prices actually falling in September.”

More than 10,000 ambulance workers in England and Wales to strike on two days in December
Onshore windfarm ban to be lifted in government U-turn
Bradley: Breaking down Lopez-Martin and Crawford-Avanesyan
Which supermarkets have seen their prices rise most during cost of living crisis?
Hancock: Ministers were warned about COVID deaths, but Johnson said ‘it will probably go away’