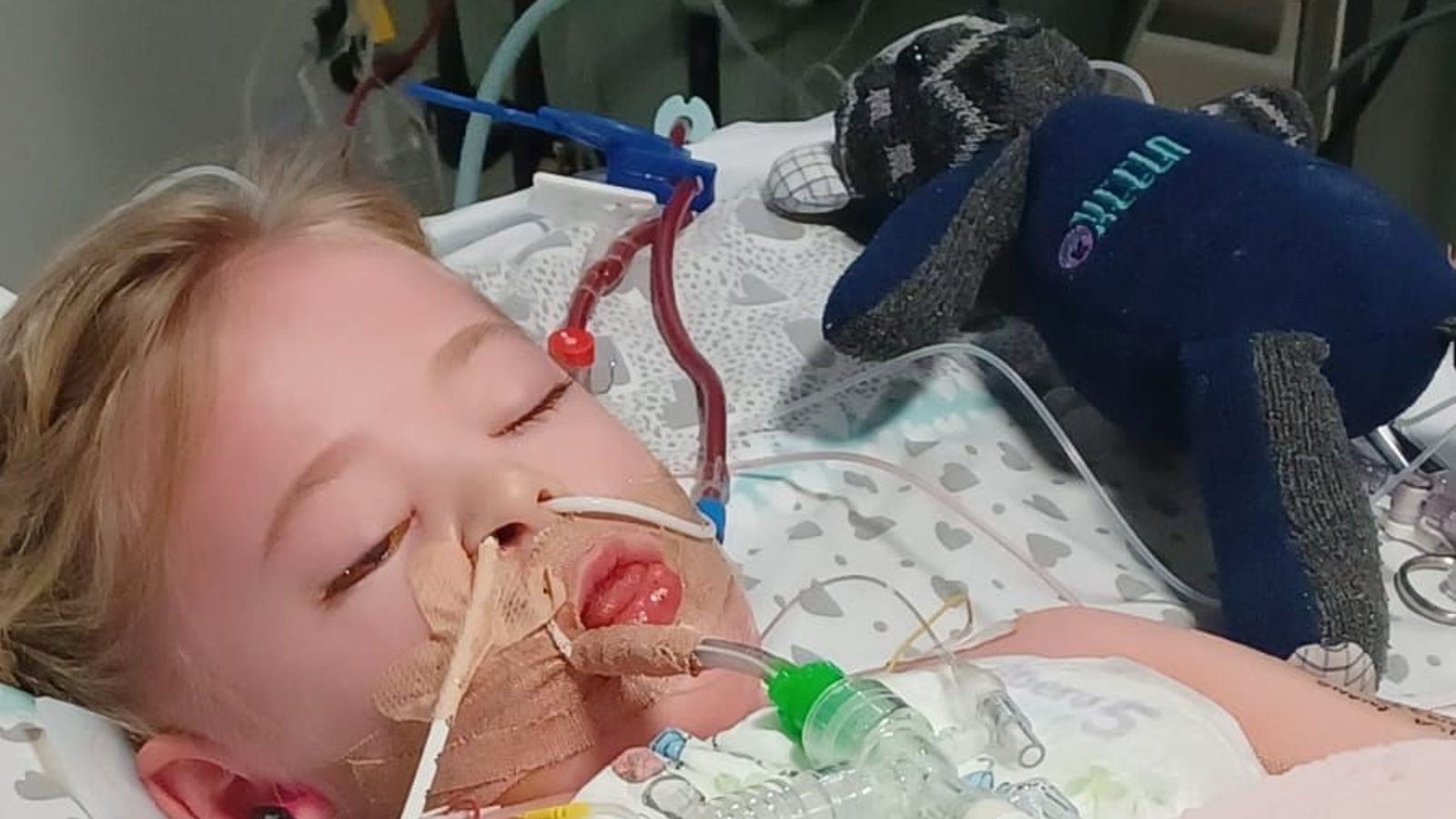 The father of a four-year-old girl who is in critical care with Group A Strep has said he’s “praying for a miracle” she comes home alive.

Dean Burns’s daughter, Camila Rose Burns, has been fighting for her life on a ventilator at Alder Hey Children’s Hospital in Liverpool since Monday after she contracted the infection.

He told Sky News he’s been “living in an absolute nightmare” since his daughter was taken to hospital.

“She’s still nowhere near out of the woods, she’s really, really poorly,” he said.

“When we got here Monday, they said she’s the poorliest girl in the whole of England. To go from dancing on Friday night with her friends, to a little bit under the weather on Saturday and then a bit more bad on Sunday, she’s basically not the same girl any more. It’s heartbreaking.”

Mr Burns, who lives in Bolton with his family, said there was a sickness bug going around Camila’s school, so they kept an eye on her over the weekend.

He explained that she had been complaining about her chest hurting.

After one visit to the hospital on Saturday, where doctors prescribed an inhaler and said she could go home, her health deteriorated on Sunday, and they rushed her into A&E.

Read more:
What is Strep A and what are the symptoms?
Strep A is common – so why the spate of deaths now?
New medications failing to tackle infections

“She just completely changed, she was restless. We shouted some nurses down, and we had to leave the room, they put her to sleep, and she’s been on a ventilator ever since, keeping her alive,” he added.

“It’s the worst thing that can ever happen to anybody.”

‘She’s such a special little girl’

Since then, Camila has been at Alder Hey Children’s Hospital, unresponsive in the critical care unit.

“She’s fighting for her life, and I’ve told her how much I love her, her mum loves, her sister loves her, we all love her,” Mr Burns added.

“Everyone’s saying prayers for her, hoping for a miracle she lives. She needs to live, she’s such a special little girl. I can still hear her singing… it’s too much.”

A message for other parents

He is now urging other parents to “look out for the signs” and to act quickly if they see their child is sick.

“When I look back it still just seemed like a sickness bug, she was really lethargic at times, but her health was improving until she completely changed,” he said.

“No family should be going through what we’re going through. We just got the Christmas tree out, the naughty elf, the advent calendars with all our names on.