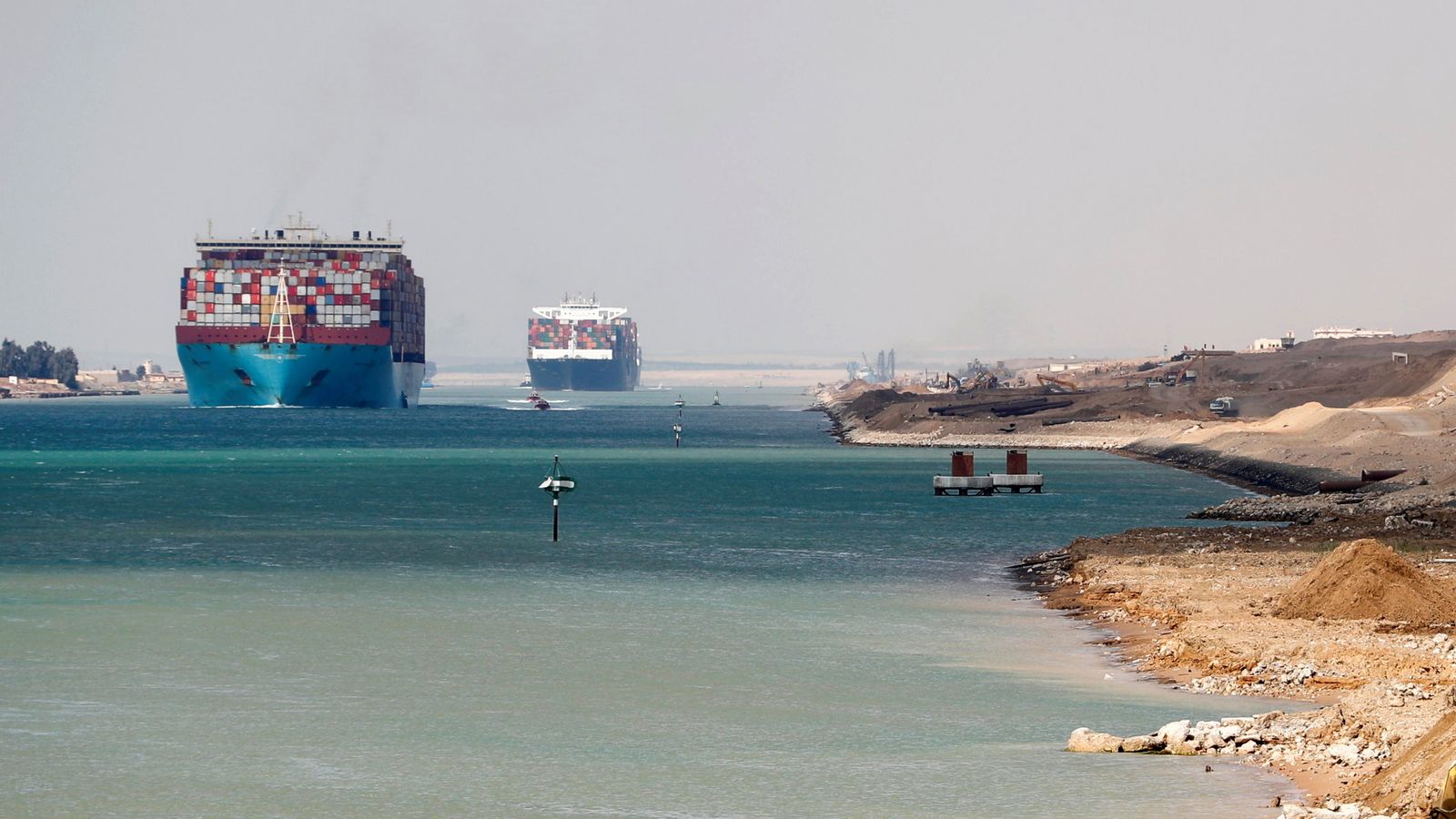 A container ship loaded with more than 65,000 tonnes of corn from Ukraine has been refloated after running aground in the Suez Canal.

The M/V Glory was 24 miles (38km) into its southward journey through the Egyptian waterway, near the city of Qantara, when it suffered a technical fault, according to the Suez Canal Authority (SCA).

The breakdown was expected to only cause minor delays and regular passage through the canal was expected to resume at 11am local time after tug boats moved it to a repair area.

The ship left Chornomorsk port in southwest Ukraine on Christmas Day and was heading to China with 65,970 metric tonnes of corn, according to the Joint Coordination Centre, which is overseeing the grain exports.

The centre said the ship had been cleared to continue its journey after an inspection in Istanbul on 3 January.

In March 2021, the Suez Canal – which provides the shortest route between Europe and Asia – was blocked for six days after another ship, the Ever Given, got wedged horizontally in high winds.

The blockage backed up ships and temporarily stalled global trade in a variety of goods.

The Ever Given was held by the SCA for more than 100 days as it sought hundreds of millions of dollars in compensation from its Japanese owners.

Egyptian authorities began widening and deepening the southern part of the canal after the incident to try to prevent a repeat.

In August last year, an oil tanker also ran aground in a single-lane stretch of the canal, blocking it for five hours.

S Club 7 singer reveals she was homeless over Christmas
Why we might have to wait until 2024 to see Artur Beterbiev vs. Dmitry Bivol in a must-see matchup
Microsoft’s forecast suggests gloomy tech environment will continue
College football players to watch in 2023: Heisman candidates, freshman phenoms and surprises
Kanye West a ‘danger to my children’, David Baddiel says